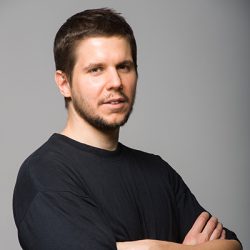 Marek Rosa is the CEO and founder of Keen Software House, an independent video game development studio. After the success of the Keen Software House titles, he founded and personally funded GoodAI with $10 million, finally able to pursue his lifelong dream of building general artificial intelligence. Since its beginnings in 2014, GoodAI has grown to an international team of 20 research scientists and engineers based in Prague, Czech Republic.

With a goal of general artificial intelligence (AGI) in mind, it is vital to look at the problem from a big-picture perspective. GoodAI’s roadmap to AGI resurfaces a few important pillars of the research process: uncovering the underlying principles of intelligence, balancing intrinsic skills and learned skills, gradual learning, meta learning, recursive self-improvement, and building the right “School for AI” – a curriculum for beneficial AI. AGI is going to be humanity’s most powerful tool, that’s why we need to ask ourselves, what kind of future do we want to build, and take active steps to achieve that future. That is where the futuristic roadmapping effort comes in: scenario-planning for the impact of AI on society and the interactions between various groups and individuals, including AI developers, companies, and governments. One of the current topics in GoodAI’s futuristic roadmapping endeavour is avoiding the AI Race. As developers rush to become the inventors of general AI, how do we mitigate the risks of them cutting corners with respect to the safety of the system? We will address this question in the upcoming round of the General AI Challenge.