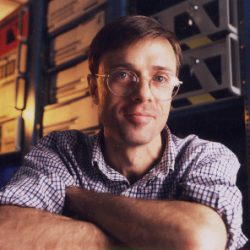 Jeffrey O. Kephart is a distinguished research scientist at IBM Research in Yorktown Heights, NY. Known for his work on computer virus epidemiology and immune systems, electronic commerce agents, self-managing computing systems, and data center energy management, he presently leads research in the area of symbiotic cognitive systems and serves as co-strategist for embodied cognition. His research has been featured in Scientific American, The New York Times, Wired, Forbes, The Atlantic Monthly, Discover Magazine, and comparable publications. He has co-authored over 50 issued US patents and 150 papers, which have received over 20,000 citations. In 2013, he was awarded the rank of IEEE Fellow for his leadership and research in founding autonomic computing as an academic discipline. He graduated from Princeton University with a BS in electrical engineering (engineering physics) and received his PhD from Stanford University in electrical engineering, with a minor in physics.

【Day1-7】Emerging Technologies for the Future

Embodied cognitive agents are software agents that co-inhabit physical spaces with people and collaborate with them on cognitive tasks such as decision-making. They sense what people are saying and doing in a physical space, use spatially-aware planning, reasoning and learning to infer their overall intent, and engage appropriately and naturally with people through speech and other modalities. I will demonstrate some of the embodied cognitive agents that we have built in our laboratory to assist people with business decisions and scientific discovery, and describe some of the architecture and technologies that underlie those agents.