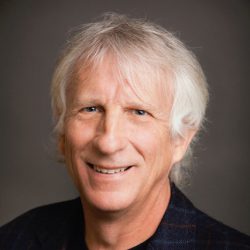 Dr. Denis Thérien recently joined the Montréal start-up Element AI as Vice-President Research and Partnerships. He was previously occupying a similar position at CIFAR (Canadian Institute for Advanced Research) since 2011, after serving as Vice Principal of Research and International Relations at McGill University, from 2005 to 2010. Dr. Thérien was also a researcher and a Professor at McGill for 40 years, before taking his new role.

Dr. Thérien received his B.Sc. from the Université de Montréal; M.Sc., and Ph.D. from the University of Waterloo. He began his career at McGill in 1978, and was appointed Director of the School of Computer Science in 1997. Dr. Thérien was awarded a James McGill Chair in 2002 and the Forschungpsreise (research prize) from the Alexander Von Humboldt Foundation in 2000. He has published over 100 research articles on computational complexity in top-tier journals and is a respected expert conference speaker.