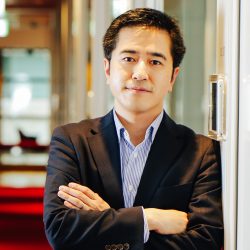 Masaya Mori is an executive officer in Rakuten group, the founder of Rakuten Institute of Technology and Rakuten Life Tech Lab, and is responsible for managing R&D, engineer community and planning & executing IT strategies globally. While at Rakuten, Mori has continued to support the development of technology in private organizations and within the public sector. Mori has been a member of the Information Processing Society of Japan (IPSJ) Advisory Board, the biggest computer science society in Japan, a secretary of the Steering Committee for the IT Association of Japan, a board member of Database Society Japan, an executive member of Nikkei BP IT innovators. He was also a member of various working groups organized by the Ministry of Economy, Trade and Industry (METI). Before joining Rakuten, he spent eight years at Accenture, where he played a lead role in IT visioning and strategy planning, while consulting for major companies in the products and public services industries in Japan. He is the author and co-author of several books, including “Great Shift on the Web”, “The Complete Cloud Computing”. In 2013, Mr. Mori was selected by Nikkei Business Publications as one of the “Top 100 Great People Empowering the World”, and by Nikkei Sangyo Shinbun as one of their “40 Young Geniuses”.

Rakuten, the internet service company in Japan have the strategic R&D organization named “RIT”, which are working on many research projects by considering the impact of new service trends on the technology utilization of E-commerce. The big service trends such as long tail, cloud computing, big data and so on have affected steadily on leveraging technology to internet services to date. And now, emerging big waves “AI (Artificial Intelligence)” are getting more and more attention because it’s seen as the possibility of changing social infrastructure dramatically. In this talk, we will give some examples of projects in RIT to describe what is going on and what challenges are coming in E-commerce field.