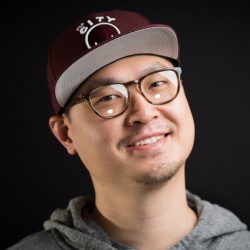 Phil’s entrepreneurial career spanned three waves in eBooks, Mobile, and Virtual Reality. In 2005, He was VP of Product of the Alex eReader that licensed to B&N to become the Nook. He joined HTC late 2007, during his tenure there shipped the world’s first android phone, the first 2G/3G/4G and GPS phone, led the acquisition of Beats by Dre, led the Facebook phone product, helped grow HTC from a 2B to 35B market cap company, and later originated the VR deal that became the Vive in 2014. Most recently, transitioning from an entrepreneur to an investor, Phil founded the world’s first VR/AR fund Presence Capital and joined Horizons Ventures investing in VR/AR and AI. He serves on the board of several companies including Baobab and Nomadic in Silicon Valley, Improbable in London, Soul Machines in New Zealand, 88 Rising in New York and Eyeway in Israel; Acts on the investment committee for Vive X in Taiwan and the IMAX VR Content Fund; Advisor to Lytro in Silicon Valley. He received his B.A and B.S in Mathematics and Physics from UCSD and an M.Div from Fuller Seminary. He is the happy husband of Tanya and proud father of Miles, Naomi and Olive.